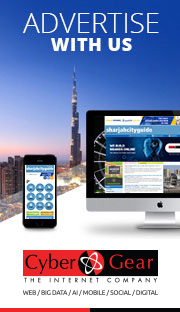 Sharjah is a city of learning and the arts, as confirmed by its 1998 UNESCO designation as the Cultural Capital of the Arab World. This context facilitates the university’s intention to be an academic center at the intersection of ancient cultural traditions and contemporary intellectual currents. The city of Sharjah is home to more than 20 museums with splendid collections of artifacts and art as well as exhibits on science and natural history. Sharjah also host many cultural festivals, educational conferences, fairs and economic expositions. These resources permit the university to broaden students’ formal education in a way not possible elsewhere in the region. Strategically situated between the Far East and the West, Sharjah is a global trade center. The third largest of the seven states that form the United Arab Emirates, Sharjah probably has the most colorful history of all the Emirates. From the days of the early trading with the East to the settlement of the Qawasim seafaring tribe and into the first half of the 19th century, Sharjah was the most important port on the lower Arabian Gulf. It was here that the British chose to set up their military base and the Trucial Coast’s first international airport was established in 1932. The flow of oil into the UAE and the recent gas revenue has sustained Sharjah’s modern development. But it is perhaps the people, a lively trading tradition and the culture that have created and maintained the unique flavor of the Sharjah Emirate. Sharjah has beautiful beaches on the shores of the Arabian Gulf in the West, and the Gulf of Oman and Indian Ocean in the East. Sharjah is the only emirate to have land on both the Arabian Sea and the Indian Ocean. Geographically, Sharjah emirate covers approximately 2,600 square kilometers.